Making Sense of Super Reforms – What it Means for You

The Government’s broad ranging superannuation reforms to superannuation passed Parliament on 23 November 2016. It’s important to understand what these changes might mean to you so you don’t miss out on the short-term opportunities available now.

The reforms represent the single biggest change to superannuation since its inception. While there has been a softening of the original Budget announcements, there are still some very big changes coming your way.

We explore what the reforms are likely to mean to:

The reforms likely to impact on you are:

If you are close to retirement age and looking to build your super balance, this change is incredibly important. From 1 July 2017, the annual non-concessional contributions cap will be reduced to $100,000 (from the current $180,000).

This means that if you are approaching retirement age, you have until 30 June 2017 to use the current caps and contribute up to $540,000 this financial year. You can do this using the ‘bring forward’ rule. This rule allows you to bring forward up to three years worth of non-concessional contributions in one year (and then make no or limited contributions for the next two years until you reach your three year cap).

If you want to make in-specie contributions – that is, contributions to super that are not cash such as listed shares, etc., then you should look at whether the cap reduction affects your ability to do this.

The Government thinks that you are not using superannuation for its intended purpose – to fund retirement. As a result, the reforms introduce a whole series of measures that pare back the tax advantages for people with large super balances:

Retirees and those Transitioning to Retirement

The reforms likely to impact on you are:

Tax concessions limited to pension balances up to $1.6 million

The reforms introduce a $1.6m ‘transfer cap’ on the amount you can hold in a superannuation pension. This means that if you are in pension phase, the balance of your pension needs to be no more than $1.6m. If not, from 1 July 2017 the Tax Commissioner will direct your fund to reduce your retirement phase interests back to $1.6m and you will be subject to an excess transfer balance tax.

Your overall super balance can be more than $1.6m but only $1.6m can be transferred into a tax-free pension. Keeping the excess balance in super may still be worthwhile because of the low 15% tax rate.

If your spouse has a low superannuation balance, it might be worth thinking about how you can maximise your returns as a couple.

From 1 July 2017, the income from assets supporting transition to retirement income streams will no longer be exempt from tax but included in the fund’s assessable income. For example, if your super fund earns interest from a term deposit, that interest is currently tax-free in a transition to retirement pension. From 1 July, that interest will be included in the fund’s assessable income.

The Government has closed a quirk in the superannuation system that allowed people under 60 to withdraw from their pension and in certain circumstances have that withdrawal treated as a tax-free lump sum. From 1 July 2017, taking a lump sum alone will no longer meet the minimum pension requirements. This means that retirees under age 60 may pay more tax on their pensions.

Still Going: Over 65 and Still Working

Currently, if you are 65 or over, your superannuation fund can only accept contributions from you if you work at least 40 hours in a 30 consecutive day period in the financial year. The original Budget announcements abolished this work test. Unfortunately, this reform did not progress and the work test will remain.

There is good news if you are partially self-employed and partially a wage earner.

Currently, to claim a tax deduction for your super contributions you need to earn less than 10% of your income from salary or wages. From 1 July 2017, the 10% rule will be abolished.

This change will be useful for contractors who hold their insurance through super as they will be able to claim a personal tax deduction for these insurance premium contributions. The caveat here is that these contributions must remain within the reduced $25,000 concessional cap.

There is a lot in the reforms for people who have not had the opportunity to build their super balances. The reforms likely to impact on you are:

Normally, annual caps limit what you can contribute to superannuation. The reforms allow people with broken work patterns to ‘catch up’ their concessional super contributions. From 1 July 2018, people with super balances below $500,000 will be able to rollover their unused concessional caps for up to 5 years. Unused cap amounts can be carried forward from the 2018-19 financial year; which means the first opportunity to use these new rules will be 2019-20.

A new tax offset will be available for people earning less than $37,000. The offset refunds any tax paid on super contributions.

Tax offset for topping up your spouse’s super

Currently, if your spouse earns less than $10,800, you can claim a tax offset of up to $540 if you make super contributions on their behalf. This offset is being extended to spouses who earn up to $40,000.

Our advisers can work through the superannuation reforms with you to help you be in the best possible position for your individual circumstances. Speak to your Merit adviser today. We can help. 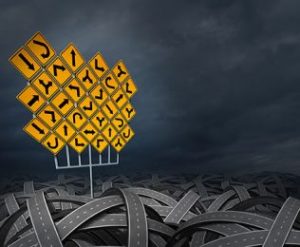 Making Sense of Super Reforms – What it Means for You

The Government’s broad ranging superannuation reforms to superannuation passed Parliament on 23 November 2016. It’s important to understand what these changes might mean to you

The experts in supporting integrated accounting and financial advice firms and specialists in partnership models.

The content of this site is dated May 2022 and has been prepared by Merit Wealth Pty Ltd, ABN 89 125 557 002 under Australian Financial Services Licence No. 409361, (“Merit Wealth”). Merit Wealth is wholly owned by Diverger Pty Ltd (ABN: 48 111 695 357), (DVR) an ASX listed company. This information has been given in good faith and has where applicable been derived from sources believed to be accurate at its issue date. However, it should not be considered a comprehensive statement on any matter nor relied upon as such.

General Advice Warning – Merit Wealth Pty Ltd recommends that you obtain further information and conduct your own due diligence on the services it is offering and obtain your own professional advice on whether they are appropriate for you and your practice. This information has been prepared without taking into account your objectives, financial situation or needs. Before acting on this information, consider its appropriateness.